Nuclear physicist Chien-Shiung Wu won many awards, including the National Medal of Science in 1975, but missed out on a Nobel Prize 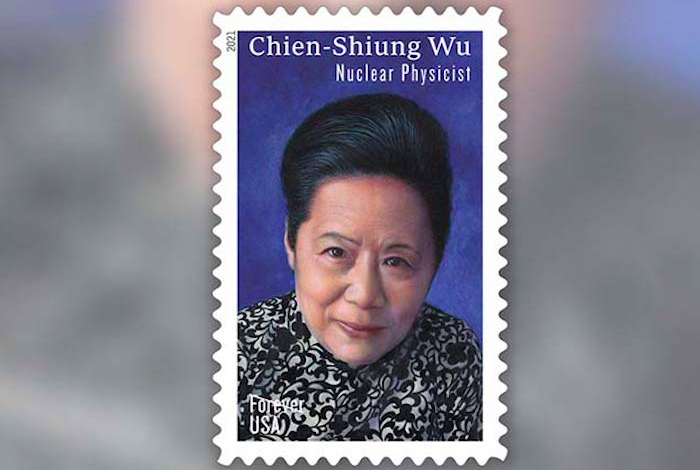 The Chien-Shiung Wu Commemorative Forever Stamp was issued on the International Day of Women and Girls in Science. U.S. Postal Service

The Chien-Shiung Wu Commemorative Forever Stamp was issued on Feb. 11, the International Day of Women and Girls in Science. Vincent “Vinny” Yuan, a Los Alamos National Laboratory scientist, appears in a U.S. Postal Service video that unveils the stunning portrait on the stamp.

It’s also the stunning portrait of his mother, a Chinese-born American physicist.

In the video, Yuan recalls how dismayed his mother was that opportunities for women in science were so limited, preventing them from having the same ambitions and hopes as men. (WATCH the commemoration video; Yuan appears at 6:35 minutes.)

Chien-Shiung Wu was married to physicist Luke Chia-Liu Yuan, but she always went by “Professor Wu” at Columbia University instead of using her husband's surname. As well, she donned a host of celebrity nicknames such as "First Lady of Physics" and "Madame Wu" in a hat tip to Madame Marie Curie.

Wu, who died in 1997 at age 84, is remembered for her pioneering contributions to the field of nuclear physics, beginning with the Manhattan Project, and the influential positions she held as a woman in science. She received the National Medal of Science in 1975 and many other awards during her career.

Her demonstration of a fundamental law of physics — the effect called parity violation — was her most notable work, but did not get her the Nobel Prize. A recent article in Science Magazine, “Postage stamp to honor female physicist who many say should have won the Nobel Prize,” offers a fascinating backstory on that.

3 qualities that made Wu special

Wu's family is delighted to see her smiling face on a postage stamp.

‘We’re very honored,” said Yuan, also a physicist. “Like anybody, you’re proud of your mother. But it wasn’t just her accomplishments. It was the embodiment of all the qualities she believed in: hard work and not sweeping problems under the rug and seeing the bigger picture of things. She applied that to her work and to her students.”

Yuan currently works in the Applied and Fundamental Physics group. A number of years ago, he gave a talk about his mother at a LANL Atomic Women meeting. Otherwise, he has rarely mentioned his connection to colleagues, not wanting to ride on his mother's fame. "Your real successes are what you do yourself, not based on someone else,” he said.