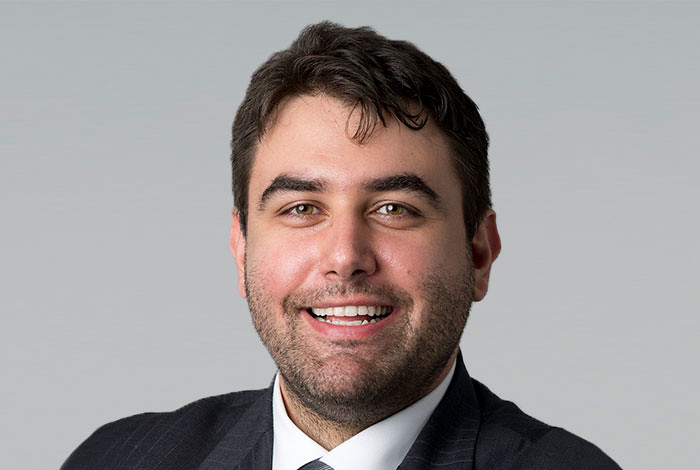 Ludmil Alexandrov, Los Alamos National Laboratory, part of a team seeking to build a much deeper understanding of DNA damage – what causes it and how it leads to cancer.

Los Alamos National Laboratory researcher Ludmil Alexandrov has been announced as a member of one of the first four global research teams funded under Cancer Research UK’s “Grand Challenge,” which seeks to revolutionize the understanding of cancer and its prevention, diagnosis and treatment.

The Grand Challenge aims to help overcome the biggest obstacles to cancer research in a global effort to beat the disease sooner. “This research could dramatically improve our understanding of what causes cancer and lead to better information for people on how to reduce their risk of developing cancer,” said Alexandrov, who has used Los Alamos National Laboratory computational tools to aid in cancer research with the Wellcome Trust Sanger Institute partners for several years.

The four Grand Challenge-winning international, multidisciplinary teams will bring together people, technology and knowledge on a scale that has not previously been undertaken in cancer.

Alexandrov’s pioneering team will study genetic samples from five continents to understand the DNA damage associated with different cancers, to understand what causes them and to determine if they can be prevented. The project will be led by Professor Mike Stratton at the Wellcome Trust Sanger Institute, Cambridge, with collaborators from France, the USA and UK. The team’s project is aimed at discovering the causes of cancer by studying its DNA “fingerprints.”

What they’ll study, and why

Things in our environment, and behaviors like smoking and drinking alcohol, can cause cancer by damaging our cells’ DNA, leaving distinctive patterns known as a mutational fingerprints. But right now, scientists don’t know everything that causes them.

Stratton, Alexandrov and their teammates want to fill in the missing gaps. In a project of epic scale that spans five continents and 5,000 patient samples, Stratton’s team wants to build a much deeper understanding of DNA damage – what causes it and how it leads to cancer. They want to identify as yet unknown causes of cancer, determine which ones are due to environmental exposures and lifestyle behaviors and figure out exactly how they cause cancer.

Alexandrov has previously modeled the cancer mutational processes as a blind-source-separation problem to distinguish coherent signals from a noisy background, a methodology used in other areas of the Laboratory’s research related to its nuclear-security mission. The project drew on the Laboratory’s high-performance computing resources and expertise, as well as expertise in numerical optimization problems. ​

“Ludmil’s work is an impressive example of Los Alamos’s work on understanding the complex systems which confront many 21st century societal imperatives” said John Sarrao, Associate Director for Theory, Simulation and Computation at Los Alamos. “These challenges require a large-scale approach, one that integrates theory and modeling, data-generating experiments and observations, and supercomputer simulations. Los Alamos is proud to be part of this excellent international team.”

Alexandrov, a member of the Theoretical Division at Los Alamos National Laboratory, is the winner of the 2016 Carcinogenesis Young Investigator Award from the journal Carcinogenesis: Integrative Cancer Research, which recognizes a recent significant contribution to carcinogenesis research by an investigator under the age of 40. In 2014, he was recognized by Forbes as one of the “30 brightest stars under the age of 30” in the field of science and healthcare. In 2015, he was awarded the Science magazine and SciLifeLab Prize for Young Scientists in genomics and proteomics and a Harold M. Weintraub Award for outstanding achievement during graduate studies in the biological sciences. He is also a program member of the University of New Mexico Cancer Center.

About the Cancer Research UK Initiative

This new Cancer Research UK initiative has been overseen by a panel* of world-leading researchers and chaired by Dr. Rick Klausner, former director of the U.S. National Cancer Institute.

Sir Harpal Kumar, Cancer Research UK’s chief executive, said: “Cancer Research UK set up the Grand Challenge awards to bring a renewed focus and energy to the fight against cancer. We want to shine a light on the toughest questions that stand in the way of progress. We’re incredibly excited to be able to support these exceptional teams as they help us achieve our ambition.

“Cancer is a global problem, and these projects are part of the global solution. Together, we will redefine cancer – turning it from a disease that so many people die from, to one that many people can live with. We will reduce the number of people worldwide affected by cancer and achieve our goal of beating cancer sooner.”

Cancer Research UK set up Grand Challenge in 2015 and committed up to £100 million to this new approach to help increase the pace of research. The team on which Alexandrov works is funded for this phase at more than $25 million dollars. (£20 million British pounds).

Phase two of Grand Challenge, when Cancer Research UK plans to issue a set of second challenges, will launch this summer.

Klausner said: “When we began the Grand Challenge we sought scientific adventurers – people willing to come together in new ways, to think differently and to bring novel approaches to answer the big questions in cancer. These unique teams have done just that. Cancer is a complex and often brutal disease. Cancer Research UK’s Grand Challenge is helping us change the way we to tackle it – bringing together different disciplines, ideas and people on a global scale. We've got our sights set on the horizon of discovery, and I’m confident these Grand Challenge teams will lead to life-changing results.”

For more information about the panel and full details of Grand Challenge go to www.cruk.org/grandchallenge.

The seven challenges were to:

Extra funding for this first phase has come from partnering with the Dutch Cancer Society (KWF) who are half funding Dr. Jelle Wesseling and an anonymous donor is funding Dr. Josephine Bunch’s project.