Insights into the body’s 24-hour clock are developing 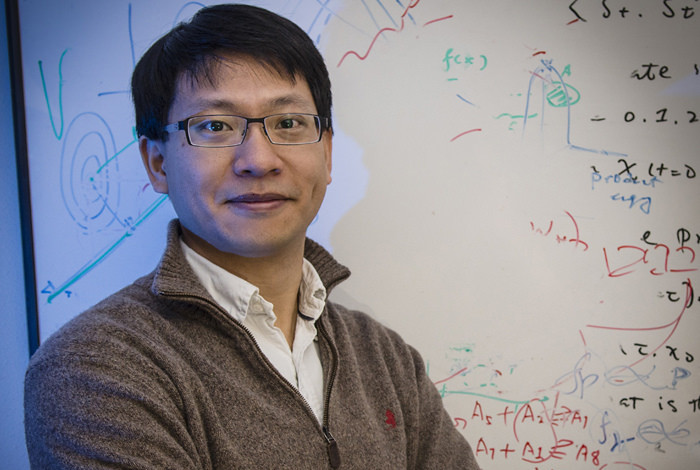 Yen Ting Lin of Los Alamos National Laboratory’s Theoretical Biology and Biophysics Group is working with researchers at Duke University to develop mathematical models that may help explain the role that gene expression plays in conserving circadian rhythms in biological organisms. The research was highlighted in Royal Society Interface.

“In this study, we develop a simplifying method to reduce a class of commonly adopted gene expression models to a mathematical model, the PDMP, because it is easier to analyze and simulate than previous models,” said Yen Ting Lin, corresponding author of the study and an applied mathematician in the Theoretical Division and Center for Nonlinear Studies at Los Alamos National Laboratory.

Lin said the new model turned out to be a very natural language to describe the dynamics of eukaryotic gene expression. Mathematical models for the kinetics of chemical reactions—in this case, the process of gene expression—often assume that, because some processes are reacting at a much faster timescale, averaging can be used as an analytical technique. However, recent experiments suggest such fast averaging may not be true.

Single-cell experiments show that gene expression is random and “bursty,” Lin said, a feature that can emerge from slow switching between promoter states with different activities. Promoters help regulate gene expression, but how they are activated and the impact of kinetics remains elusive. One source of long-lived promoter states is the slow binding and unbinding kinetics of transcription factors to promoters. The study found that the PDMP mathematical model accurately describes the random, or stochastic, dynamics of gene expression in the non-adiabatic regime (where promoter kinetics are slow and fast averaging cannot occur).

The current study found that oscillatory dynamics could be more robust than previously thought, because the slow promoter kinetics can induce reliable oscillations that a fast-switching promoter cannot do.

“Possible mechanisms to regulate the coherence of the oscillation, as a living organism would have evolved to develop a robust circadian rhythm, or daily biological clock, can also be revealed from the theoretical analyses,” Lin said. “These hypotheses merit future experimental verification.”

Funding: The Los Alamos component of the research was funded by Los Alamos through its Laboratory Directed Research and Development program.